Cultivating a Classic in Maple Bluff 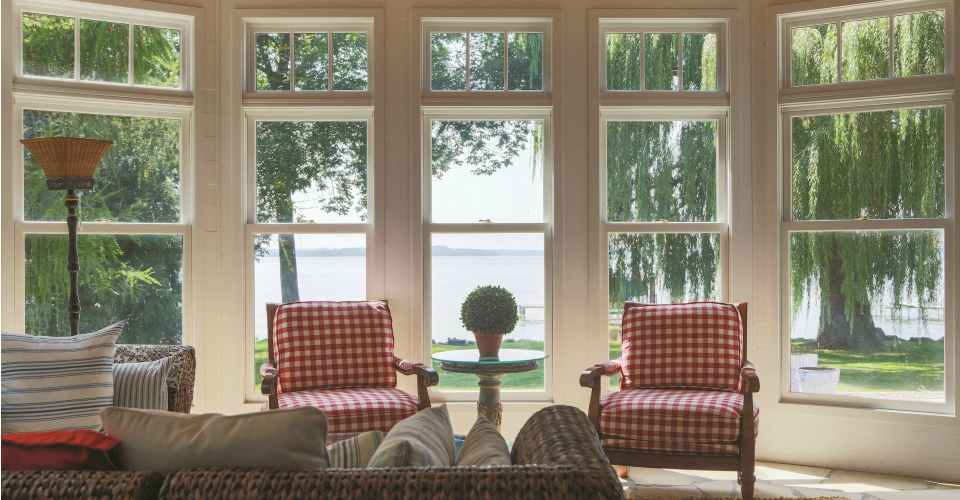 Owning a smaller home doesn’t mean you can’t create drama or expansive, million-dollar views. Just ask Cary McCormick, who has done both with her 3,000-square-foot home in Maple Bluff.

McCormick purchased the historic home five years ago. The traditional-styled structure was built in 1936 and designed by Frank Riley, a prominent Madison architect and the force behind such notable buildings as the Madison Club, the Governor’s Mansion and Madison East High School. Although McCormick had previously owned other, larger, lakeside properties, she had no qualms about purchasing a smaller house. Blessed with a strong sense of design, she knew that with a little help she could not only personalize it, but help the house make the most of its scenic perch on the Lake Mendota shore.

Tapping design and remodel contracting firm Dream House Dream Kitchens for assistance, she decided to tackle the kitchen first. The kitchen was separated from an adjacent, small family room by a massive stone chimney that extended up to the second floor and down into the basement. The chimney, along with an island, peninsula and dark cabinetry, made the space feel cramped. The chimney also blocked the impressive lake views that flooded into the family room via a set of French doors.

McCormick gutted the kitchen, removing the chimney and installing one larger island in place of the dated smaller island and peninsula. The room’s dark maple cabinetry was swapped out for white-painted cherry cabinets emblazoned with diamond accents, which McCormick designed. Keven Schmidt, director of design at Dream House Dream Kitchens, says it was his job to make sure the diamond pattern was proportionate and aesthetically pleasing on every cabinet in the kitchen—a tall order, “because there were a lot of different sizes going on,” he says.

Next, McCormick dressed up the kitchen and family room with white cedar walls and ceilings. The family room ceiling was also adorned with wooden snowflake accents embedded with fiber optic lighting to create a twinkling-star effect in the evenings. A trip to Chicago resulted in a soothing gray-blue marble top for the island, plus a unique globe-shaped overhead light fixture pierced with an arrow, reminiscent of seafaring images. Crystal knobs and glass cabinet inserts helped create a fresh, uncluttered feel.

A year later, it was time to reinvent the home’s entry and bathrooms, again with assistance from Dream Home Dream Kitchens. The front entry was dark and dim, thanks in part to a largely solid door with just one tiny window. So McCormick replaced it with a door that is half glass. “Now I’ll be home and say, ‘Gosh darn it, who left the door open?’ because now I get so much light in the entry,” she says.

Schmidt then approached McCormick with another idea to let more sunshine into the home: remove the wall separating the dining and living rooms. By doing this, the light that regularly flooded the dining room—courtesy of a bank of windows opening onto the lake—would spill into the living room as well. McCormick readily agreed, and was thrilled with the result: a much brighter living room and a more spacious feel throughout.

While the company was working on the living room, she decided to have them tweak its far wall, swapping out a wood-burning fireplace for a gas one and placing a mirror TV above the fireplace, among other changes. Finally, all of the multicolored rooms on the main level were repainted in white, save for a few walls brushed in blue—one of McCormick’s favorite hues—which provides a subtle, pleasing pop of color.

When it came to the bathrooms, McCormick was paired with Dream Home Dream Kitchens’ Linda Eberle, senior designer. “We had similar tastes and we clicked immediately,” McCormick says. The two tricked out the half-bath on the main level with a white, wooden ceiling, painted chest of drawers and dramatically patterned Ann Sacks ceramic floor tile.

Upstairs, a pint-sized bathroom in one of the home’s four bedrooms was tiled and rearranged to optimize space. McCormick used a leftover piece of marble from her kitchen island to create the vanity top in the home’s main bathroom off the hallway; Eberle suggested angling its corners to add space to the small room.

But the master bathroom remodel was the pièce de résistance. Eberle and McCormick teamed up to create a beautiful, luxe space. The compact shower features a marble ceiling and multiple shower heads, plus two glass panels opening to the adjacent tub, which brightens the space. Beveled mirrors and custom cabinet knobs with star-shaped backplates, hand-selected by McCormick, add to the room’s posh vibe.

While the result is impressive, Schmidt says it was a very challenging job. “There’s, like, 15 or so different tiles in that bathroom,” he says. “When you do something like that, you have to lay it out on paper first, and then lay each tile on the floor before you put it on the wall. We worked five months on that bathroom. It’s probably the most intricate bathroom we’ve ever done.”

Both McCormick and the Dream House Dream Kitchens staff were quick to praise one another for their work on the remodels. “They helped me follow through with my vision,” says McCormick. “I love my cabinets that I got to design. I love my ceiling with the snowflakes that light up. They were fabulous to work with.”

Says Schmidt, “Cary is an extremely good designer herself, and it’s always fun to work with someone who knows materials and has really good taste and vision. Put that together with working on a Frank Riley home, and it was an amazing experience.”

As hoped, McCormick’s home today lets the light, and the lake, inside. In fact, Schmidt estimates you can see the lake from about three-quarters of the home’s floor space—enviable, million-dollar views many would love to have.

This home was featured in the Madison: Fall 2018 issue. For more photos of featured Madison homes, visit the Madison Gallery page.

Nine Gifts for the Host with the Most 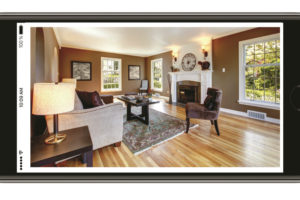 By Deanna Kane From space planning to visualizing one-of-a-kind pieces, there are a plethora of apps to help design your...
Copyright 2018 Nei-Turner Media Group
Back to top