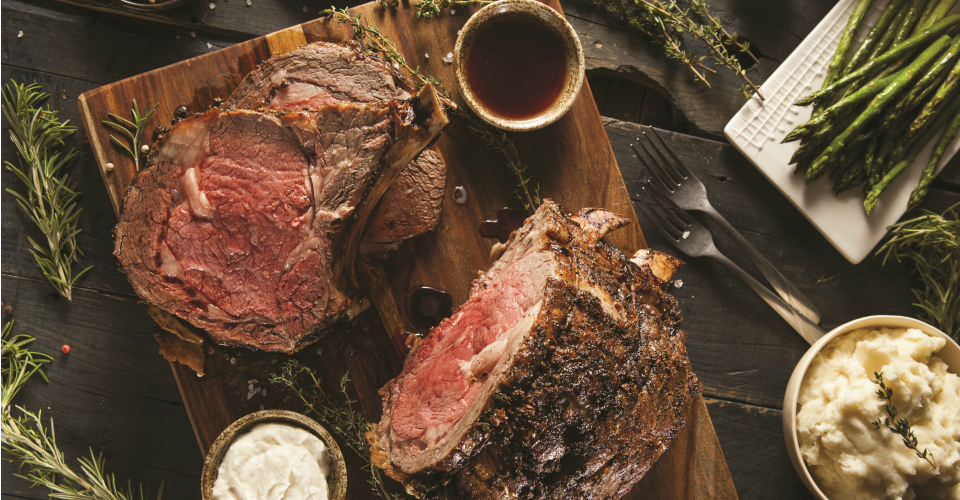 When a puzzled out-of-stater asks about supper clubs, questions often involve exclusivity: What is the membership fee? If I’m not a member, can I still go in? If I live out of state, am I welcome? Of course up North, we know better.

One thing that distinguishes a good supper club from other restaurants is its welcoming nature; the feeling that everybody belongs and nobody leaves as a stranger. This is your destination for the night, not a hop between activities, especially in the Northwoods, which is home to many traditional and generationsold supper clubs.

The night starts and ends with cocktails that you likely wouldn’t drink at any other time or place. Most popular before a supper club meal is a brandy Old Fashioned. The classic bookend, for dessert, is a Grasshopper, Brandy Alexander, Pink Squirrel or other ice cream drink. One might be big enough for two to sip, spoon and swoon over.

Menu specials of a fish fry on Fridays and slowroasted prime rib on Saturdays are typical, too. So is starting the meal with a complimentary nibble of something, such as cheese spread with crackers at the bar.

Entree portions are ample, and doggie bags common. Owners of the White Stag Inn near Rhinelander take pride in keeping much the same as when their grandfather bought the business in 1955. That means charcoal-broiled steaks, one choice of potato (baked) and salad (a plain wedge of iceberg lettuce) topped with secret-recipe dressings that also are sold by the quart. In the White Stag’s entryway is a sign that declares, “If you have reservations, you’re in the wrong spot,” and that’s business as usual for some, but not all, supper clubs. An exception is the 60-seat Smokey’s near Manitowish Waters, which presents a mix of gourmet entrées—such as veal marsala—and customary fare.

Bullet holes from a 1934 gangster fight are a matter of pride at Little Bohemia in Manitowish Waters, a filming site for the 2009 “Public Enemies” movie starring Johnny Depp as John Dillinger. Although Marty’s Place North in Arbor Vitae is closed for the season (visit it when it reopens in spring 2019) it too has rich history behind the property, which was once a farmhouse and resort. The round gazebo in the middle of the main dining room is the central focus. Allegedly, a benevolent ghost even hangs around the place still, according to restaurant lore.

Each supper club is one of a kind, right down to what decorates their walls and shelves. That might mean vintage family photos or kitsch from bygone eras. Many supper clubs began as simple roadhouses or taverns that happened to sell food. In fact, a shack behind The Guide’s Inn in Boulder Junction stored moonshine in the 1920s.

Regardless of setting and history, chances are good the supper club owner will get to know loyal customers by name and find a way to make time for them—even when working the kitchen on a busy Saturday night. That personal touch fosters a sense of connection and community, which is a big part of what distinguishes the supper club from other types of restaurants—and no state embraces the concept more than Wisconsin.

Wisconsin’s unofficial state cocktail hands down is the Old Fashioned. The classic recipe begins with the muddling of a maraschino cherry, orange slice, sugar cube and splash of bitters. Then comes ice, but what happens next depends on the bartender, and customer whims.

Brandy is the liquor typically used. Expect to decide on “sweet or sour” because lemon-lime soda (for sweet) or a sour mixer tops the drink off.

Although Angostura bitters is the universal favorite to enhance an Old Fashioned, aficionados get picky about cocktail garnishes—but that’s a story for another time.

Located on Patricia Lake, Norwood Pines Supper Club serves up classic dishes amidst an atmosphere of knotty pine paneling with scenic lake views and surrounding red pine trees. The Minocqua gem has a formidable Lazy Susan of apps to kick off your meal, then move on to the North Atlantic cod Friday fish fry, an “Oscar” (your choice of veal, chicken, tenderloin or shrimp topped with asparagus, lump crab meat and drizzled with Hollandaise sauce) or other choice entrée. Don’t forget the Old Fashioned!

Seven Ways to Enjoy Fall in the Northwoods

How to Layer Neutrals 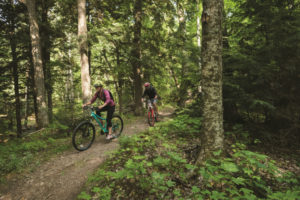 Seven Ways to Enjoy Fall in the Northwoods

By Kevin Revolinski | This page: ©Mike Tittel/Minocqua Area Chamber of Commerce Fall is a gentler, slower time in the Northwoods....
Copyright 2018 Nei-Turner Media Group
Back to top