A Life (and Home) Well-Lived 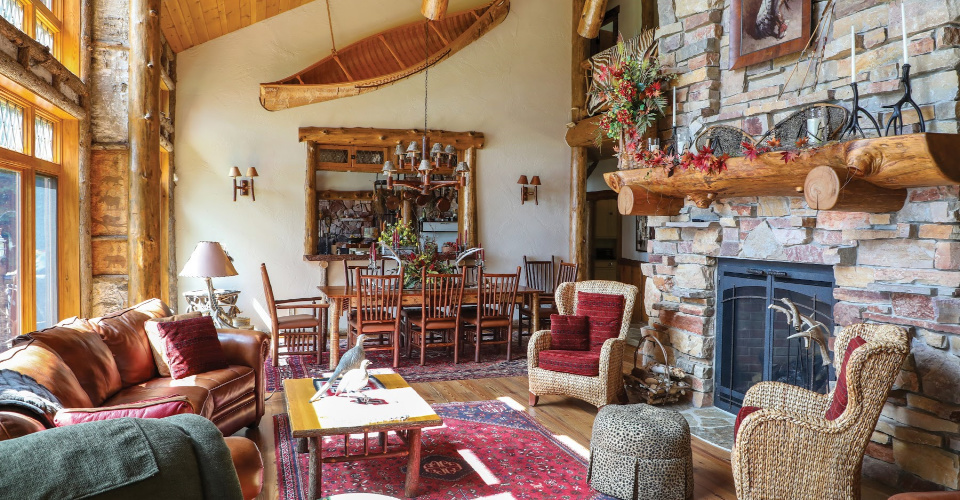 Melanie Rummel has loved the Northwoods for nearly six decades. As a child, her family would come up to visit her grandfather’s vacation home on Lake Katherine in Hazelhurst. In the late 1960s and early 1970s, Rummel, her sisters and cousins were all active in the Min-Aqua Bats—one of the nation’s oldest water-ski teams— that still performs on Lake Minocqua. Through the years, Rummel introduced her husband Mike and their two kids to the up north life too.

Twelve years ago, Melanie and Mike decided to build their own dream home in Lac du Flambeau on White Sand Lake, about 20 minutes north of the family’s Lake Katherine home (which the family sold four years ago).

“Due to my love and my children’s love of spending the summers in the Northwoods (it had been a family tradition since 1929, when my grandfather first built his home on Lake Katherine), we decided to invest in our own house. We wanted a year-round home, and one we could enjoy all summer. I tried to incorporate … some of the features that I’d grown up with in the Northwoods, in some of the old lodges and camps I had visited,” says Melanie.

The masterful mix of making a new build look like a storied log home full of tradition and memories was a fantastic feat that the Rummels were able to successfully execute in their own waterfront escape.

Working with Marc Leveque of Wausau-based Sobeck Architects, the couple thoughtfully described their vision for their ideal lakefront property. Since Melanie is a lawyer, her analytical and research skills were key to articulate exactly what they wanted—which was a classic Adirondack home with Arts and Crafts touches.

“I didn’t want to do a traditional log home—I wanted something that was classic architecture. The Arts and Crafts movement and the Adirondack style evolved together in the early 1900s—probably earlier than that. And there was one home in particular when we were looking around our lake that to me, represented classic Arts and Crafts style. I inquired as to who the architect was because I was confident that person could do an authentic period home that would be classic architecture—and that’s what [Marc] produced,” says Melanie.

Melanie also praises Steve Stehr of Foresight Development, whose team made the Rummel’s vision literally come to life: “He understood immediately what we were talking about—he just got it,” she says. Melanie says she was also heavily influenced by Ralph Kylloe’s aesthetic, who is considered a foremost expert in rustic furniture, and owns a gallery in the Adirondack Mountains.

“He’s an authority on Adirondack architecture and has written many books on it. In fact, I bought every contractor, subcontractor and project manager a book on Ralph Kylloe, so that they would understand the look we were going for,” she explains.

Instead of traditional log home detailing, Melanie points out the home’s exterior and interior features split logs with chinking, vertical logs, cedar shakes and other important features—like gables on the home’s exterior and birch bark accent walls in the interior. The couple’s friend Al Oppenheim, owner of Deer Run Stone, helped with all of the stonework throughout the property. “He was very helpful with so much,” says Melanie.

“Often Adirondack [homes were] added on to at different points in time, and sometimes there were different materials used. So that’s what we tried to recreate,” says Melanie.

The sun-filled living room with a breathtaking lake view is just as warm and cozy as a camp lodge, and stocked with an array of artfully-chosen furnishings, like woven, rattan-like armchairs, leather couch and chair, and animal-print ottoman. A canoe (fashioned by woodworker Ferdy Goode) hangs in the dining area. The pièce de résistance is the dining table and chairs from Kylloe’s Adirondacks studio that the Rummels purchased from a home show.

The kitchen is full of thoughtful, style-specific details that lend the room a lived-in look. Gleaming copper ceilings, leaded glass windows, wood and granite countertops, vintage-style rugs and a handcrafted pot and pan rack (made by the Rummel’s friend Walt Jones) all convey a family-friendly, cozy feel. Mike wanted a brick wall accent behind the stove which adds practicality, but also style. The sage green cabinetry and white kitchen island was designed by Pete Swita of Swita Cabinetry.

“In the kitchen, I didn’t want it to look like a bunch of built-in cabinets—I wanted it to look like an old-fashioned kitchen,” says Melanie. “The white kitchen island is rough-hewn to make it look old and like it’s a free-standing piece of furniture more than a built-in island.”

Throughout the rest of the home is a delightful medley of artwork and furnishings made by friends or purchased to match their specific décor. And what ties it all together are the overarching architectural details that convey the authenticity of the Rummel’s overall vision. Melanie loves the entire home, but the property’s library is where her heart lies.

“I just love sitting at my desk and even though I’m working, I’m watching eagles land on my front lawn and soar overhead and otters playing in the water,” says Melanie. 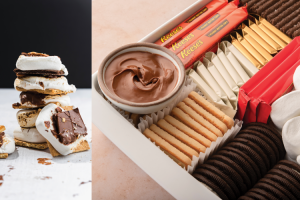