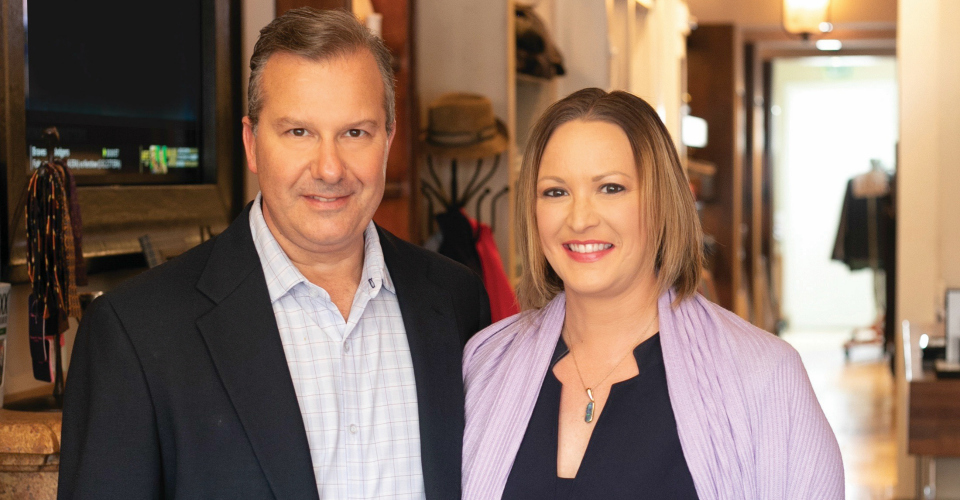 You met as social workers in Fort Lauderdale. What brought you to the Midwest, and what inspired you to change career paths?

Genna: My family is from the suburbs of Chicago. They used to come up [to Lake Geneva] and spend summers in this area. [When] Steve and I were dating … we came up on a couple of trips and also fell in love with the area. We got engaged up here and decided that we wanted to move here to start our lives together.

Stephen: Florida is known for fashion and shopping—like in Miami, Fort Lauderdale and the Las Olas area—so it was just being a lover of buying clothes. [The store idea started] because we were shoppers, and there was a need here for men’s clothing. Lake Geneva is a resort town and it’s touristy. And, there’s a very strong golf influence here.

Haberdapper has a high-end look, with built-in cabinetry and a masculine vibe. What was your vision for the interior?

Genna: We wanted it to look and feel like a home. The idea started with a men’s closet look … the cabinetry was built specifically to hold men’s shirts and pants and measured accordingly. It feels less like a clothing store and more like a home.

Stephen: People come in here and they feel like they’re either stepping back into time, or they’re back on Michigan Avenue [in Chicago]. We tried to bring some of that here, because there is such a strong Chicago influence in Lake Geneva, [and] we wanted to incorporate that in the look of the store.

You’ve been open since 2008. Why have you been so successful as a local retailer?

Genna: It’s taken a bit of a turn to a trendier, less conservative direction. We have men in their sixties and seventies that are now buying some of our younger, hipper brands because they’re different—it’s fun. [We see patterns like] plaids, checks and stripes—and funny designs, like martini glasses.

Stephen: [I see an increase in] performance fabrics and stepping away from cotton, moving more to synthetic and performance [fabrics]. They’re lower maintenance, no-iron, no-wrinkle and no dry cleaning is required.

What’s next in men’s style?

Stephen: Everything is trim now, so whether it’s going to remain that way remains to be seen. Everything goes in full circle. Trends come and go, and then they come back. But, I am certain on one point: I hope that pleats don’t come back! 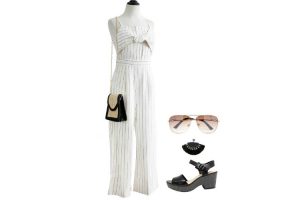 Crisp & Clean: Pull together an instant outfit with this black and white striped jumpsuit for instant polish. Pair it with...
Copyright 2018 Nei-Turner Media Group
Back to top