One Family’s Ultimate Up North Getaway 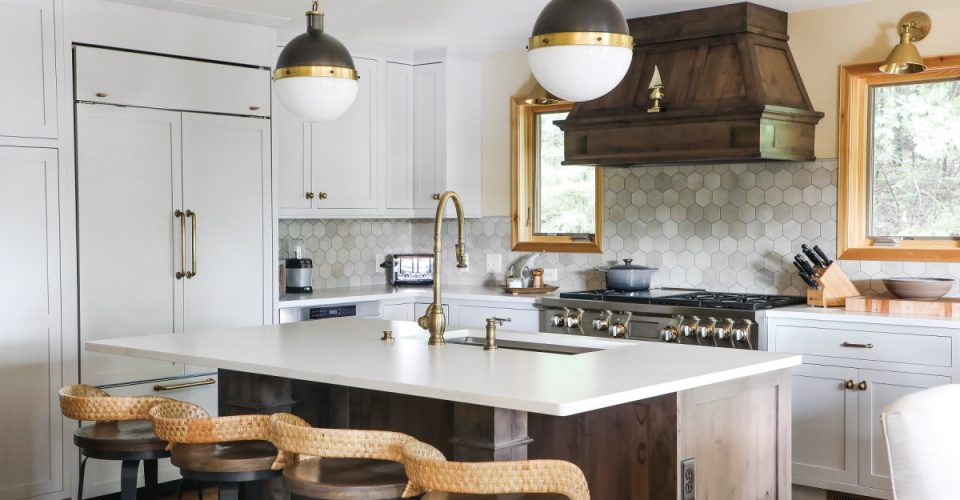 Heidi and Steve Eldred live full-time in Beloit — roughly 50 miles southwest of Madison — however, their Northwoods property is a true home away from home. After decades of vacationing in this spectacular northern lakes area of Wisconsin, they decided to purchase a beautiful piece of property. Their purchase, on the Manitowish Chain of Lakes, gave them the waterfront access and the excellent fishing they desired.

Since buying the home, much of the interior has changed, Heidi says. The stately stone fireplace in the great room has remained the same, but the couple added large windows that boast lake views — and bring in tons of natural light.

The most recent round of renovations, which began in 2018, have really taken the home to another level.

The Eldreds love to cook and entertain. Their three grown children often spend summers with them at their Northwoods home — along with their friends and their friends’ parents, who drop by for a homemade meal.

All of these gatherings spurred their initial conversations with interior designer Lisa Africano to help them come up with a kitchen and dining room layout that worked for their lifestyle. Bringing talented Manitowish Waters contractor Jim Meier of Jim Meier Builders onboard the project was the next important step.

Prior to the renovation, the kitchen and dining room were cramped, and the walls angled down in less-than-flattering spots. As is common during renovations, conversations about how to en- large and remodel those spaces quickly spun into more projects throughout the home.

Steve’s sunroom was failing structurally, so they opted to tear it down and rebuild the space.

During this major renovation, they added square footage to the kitchen and rebuilt the sunroom and the owner’s bedroom. The additional square footage also allowed them to add a bedroom with an ensuite on the lower level, which now also has walk- out access to the lake.

To help the new spaces blend with the existing ones, Africano worked with the Eldreds on a design theme that looks upscale without sacrificing the cozy, Up North feel of the home. The aesthetic is a beautiful blend of contemporary (brass fixtures and midcentury modern lighting) and homey textures, such as leather and wool accents.

Steve’s favorite room, the sunroom, had a structural failing, which kicked off an additional tear down and rebuild of this space. The windows and sliding doors connect to the owner’s suite.

The sunroom also flows into Heidi’s office, where she can do a little work or some yoga. Each of the three connected rooms — the office, sunroom and master bedroom — can be closed off for privacy.

The mixed materials used in the kitchen add intrigue and also make the kitchen feel cohesive with the rest of the home. The minimalist cabinetry (painted Benjamin Moore Sidewalk Grey) feels very contemporary and the smoky-hued wood island and range hood lend a rustic vibe.

The industrial pendant lights over the island play off of the brushed brass sconces flanking the range, as well as the concrete table in the dining room.

“We found the lights first and wanted them to be in the kitchen, so we built a lot of the design around that,” Heidi says. “I think of lighting as the jewelry of the room. They were kind of a throwback to a bygone era, but also modern.”

The stone fireplace is a favorite feature of Heidi’s, and they kept it when they bought the home. Other than the fireplace, much of the home felt dated, according to Heidi, with mauve and peach tones. “We’ve made it feel like it belongs [Up North].”

The Eldreds’ three kids often have friends in tow when they come to stay. In order to better accommodate their much- loved guests, the upstairs needed to accommodate at least 10 people.

Katie and Sarah’s (the Eldreds’ daughters) bedroom (far left) has
two queen beds and feels more luxurious. The leather throw pillows emblazoned with antique images were sourced from Roughing It in Style, located in Hazelhurst, a great resource for rustic decor.

Their son Jack’s room was meant to be a “floppable” space for him and all his friends.

A Modern Masterpiece on Geneva Lake 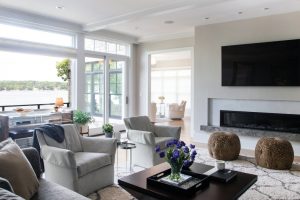 A Modern Masterpiece on Geneva Lake

By Shelby Rowe Moyer | Photography by Shanna Wolf Designing a home that looks good and functions well is always the No. 1 goal...
Copyright 2018 Nei-Turner Media Group
Back to top