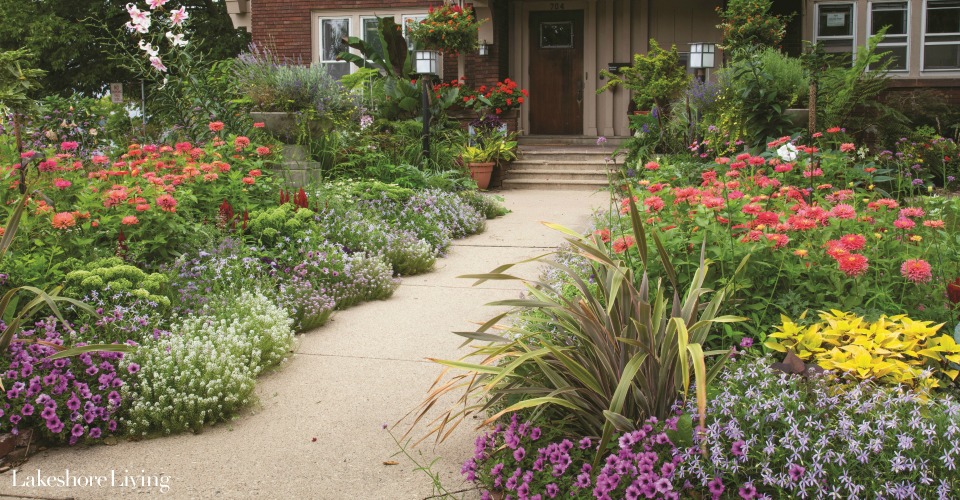 For David Waugh and Bob Klebba, owning the Mendota Lake House B&B is a dream come true in many respects. Waugh had talked about owning a B&B for ten years before the couple purchased the historic Collins House in 2012. And Klebba, a history enthusiast, enjoys the tales of the Fourth Lake Ridge neighborhood where the property is located, as well as planting the wonderful front garden display each spring for passersby on Gorham Street.

And looking at the beautiful, symmetrical and eye-pleasing presentation of flowers, grasses and edible plants in the front of the Prairie-style inn, it’s clear that the owners exhibit a lot of pride in their carefully restored B&B, which is also on the National Register of Historic Places.

Built in 1911, the property was constructed for Dora and William Collins by Louis Claude and Edward Starck, notable Madison architects who also designed several well-known properties throughout the city, including the Majestic Theater, Breese Stevens Field and Lincoln School, located right next door to the Mendota Lake House B&B.

After the Collins inhabited it, the property was converted to a seven-unit apartment building for a number of years, then into an office building in 1949. The Wisconsin Medical Society and the Dane County Parks department have both called the place home. In 1985, it was converted back to a residence and remodeled into a B&B.
When Waugh and Klebba bought it in 2012, the property had been abandoned for seven years and there was much work to be done, especially on the grounds.

“There hadn’t been careful maintenance of the property. It was overrun with weed trees and a forest of box elders. Our first fall here was the invasion of the box elder bugs—it was wild! The first year was a lot of death and destruction,” Klebba jokes.

Klebba, who also owns Morningwood Farm in Mount Horeb, estimates they removed 60 to 70 trees, which opened up the lake view in the back. With the planting beds opened up in the front and back of the home, the couple took their second year on-site to get to work. Since they wanted “immediate” results, they planted annuals for quick color.

“Since then, we’ve been filling in with more perennials. Every spring we plant between 300-500 annuals, so it’s a lot of work,” says Klebba, whose Morningwood Farm provides the bounty. “But, we’re lucky because Fourth Lake Ridge is on a small drumlin, which means it’s sandy, loamy soil. It’s the best gardening soil I’ve ever worked in.”

Klebba is strategic about the time they spend on the garden throughout the year to minimize maintenance. In April and May, it’s about six to ten hours a week to get it going. They also weed at critical times, including at the end of April and in the fall, and plant thickly so the weeds never take hold. “If you can keep the weeds under control you reduce the amount of effort you put in. Then [in the summer] we’re only spending maybe 20 minutes a day watering the pots.”

The front garden display continues to be a work in progress, admits Klebba. “Our procedure up until now has been a riot of color. What’s funny about that is people love it—they love the noisy use of color. But when you’re gardening with perennials, it can take five to seven years to get it right. And ultimately, we are plant people, and we like what’s unique.”

This garden was featured in the Madison Spring 2017 issue. 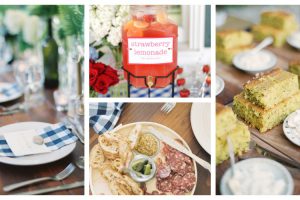